These probes are used to measure and control the conductivity of water loaded with organic matter. I.e. water containing thick deposits of dirt, oil, plaster, lime…

These Graphite probes are used for low mineralized water, the measuring electrodes being in direct contact with the water. They have an integrated temperature probe allowing the sending of a signal compensated according to the water temperature.

Do you need an offer?

What are the advantages of conductivity probes?

The PLUS for your use

Range according to water quality 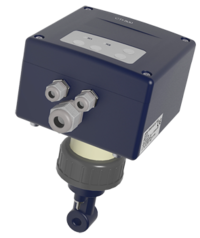 Ask us a question

CD key: ADDA-FBAC-FIBB-IABB
(to indicate at the installation)